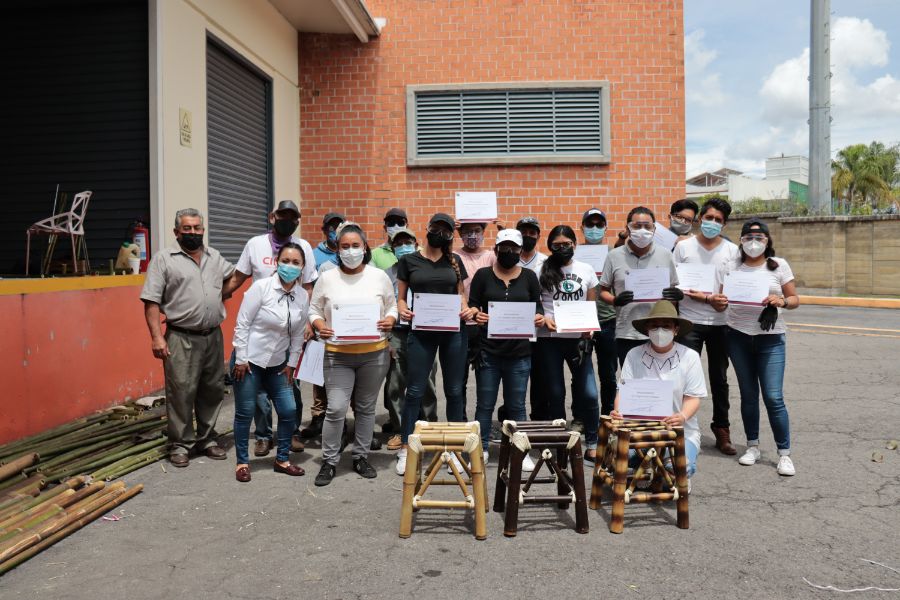 25 workers from SOLTRA's subsidiary in Mexico, CINIA, attended the workshop on "Manufacture and Design of Bamboo Furniture"

On June 25th and 26th, in the SOLTRA offices in Mexico, CINIA, a training workshop was held under the title “Manufacture and Design of Bamboo Furniture” attended by 25 CINIA workers.

This training workshop is part of the projects of the Ministry of Labor of Puebla aimed at the most vulnerable groups. In the reception speech, the Secretary of Labor of the government of the state of Puebla, Abelardo Cuéllar Delgado highlighted the competitive potential for Mexico of bamboo. A product with many variants of use and that in Puebla given its climatic conditions is especially positive.

Bamboo, the “plant of a thousand uses”, as some call it, could be a boost to the Mexican economy, thanks to its characteristics: light, resistant and capable of growing at a high speed. Its applications are varied since it can be used in food, medicine, construction… Plant originating in India, it is a material that is transforming the homes and lives of millions of people in the world, because through it crafts, household accessories, bicycles, furniture and many more things are manufactured.

The National Forestry Commission (Conafor) points out that currently in Mexico, the state of Puebla occupies the first national place in bamboo production with almost three thousand hectares cultivated.

CINIA is especially linked to crafts through “La Trastienda”, the own store that since 2012 offers handicrafts made mostly by people with disabilities, either by CINIA’s own employees or products made by different foundations.

You can know all their products in https://www.cinia.com.mx/trastienda/

The workshop given by the trainers of the agency, Benito Roque, Arturo Morales and Cristian Olmos was a success. The director of SOLTRA’s subsidiary in Mexico, CINIA, Fernando Diez Torres, thanked the Mexican government for the boost it gives to those who wish to learn and achieve goals. 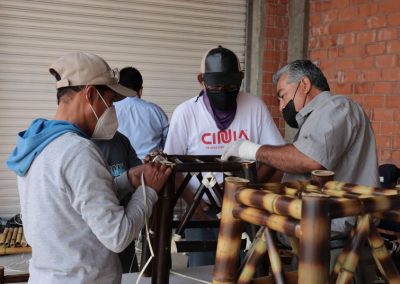 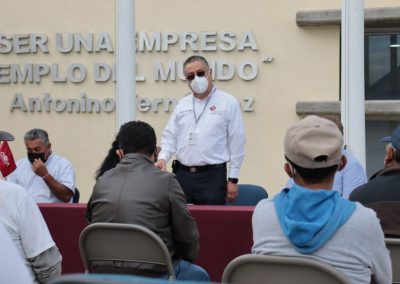 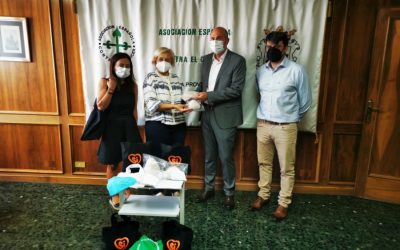 SOLTRA and AECC León join forces in the fight against cancer

Since 2002 when we started this service, there have been many customers who have joined our inclusion project.

SOLTRA and AECC León join forces in the fight against cancer